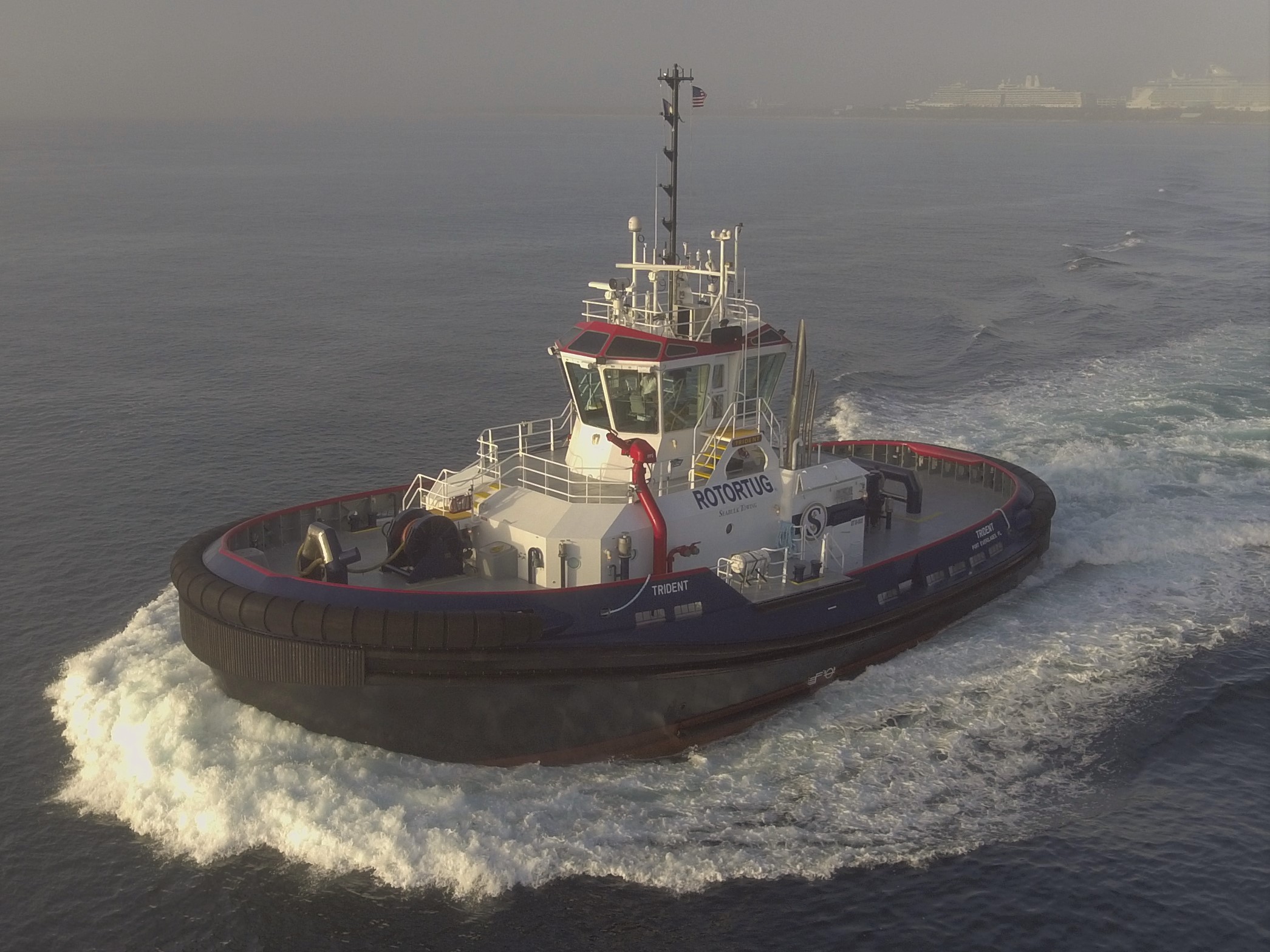 The Seabulk Towing , Robert Allen designed Trident Rotor-tug built by Master Boat Builders, was designed to be the most manoeuvrable towing vessel in the United States.  The challenge was to provide superior isolation performance for the Thompson Tractor supplied Caterpillar 3512C marine propulsion engines, allowing the vessel to operate at optimum performance and capability.

Christie & Grey combined our TSC T10 isolators with a Centa CX-72 coupling to provide a vertical isolation efficiency in excess of 96%.  Each of the port, starboard and aft engines were individually analysed using our in-house six degrees of freedom programme, to ensure that all operating conditions were considered and the optimum selection was provided.

Back to Case Studies
Enquire Now